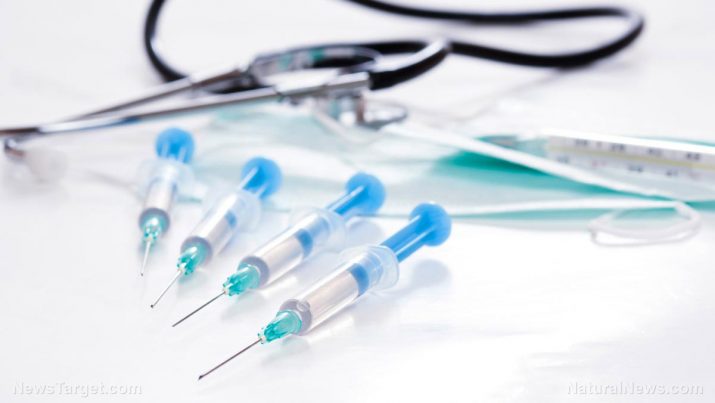 Recent research led by the well-known epidemiologist, Dr. Anthony Mawson, has led to many shocking revelations about the risks associated with vaccination. One of the most concerning findings of this study, as Robert F. Kennedy Jr. notes, is that vaccinated children are substantially more likely to develop a learning disability.

To make matters worse, the findings also revealed that not all vaccines provide the protection that they claim. While vaccinated children showed a lower incidence of chicken pox and pertussis compared to unvaccinated kids, the scientists found that there were no discernible differences in illness incidence when it came to other “vaccine-preventable” diseases. As RFK Jr writes, “[T]he scientists found no significant differences in rates of other vaccine-preventable illnesses like hepatitis A or B, measles, mumps, rubella, influenza, meningitis or rotavirus. The study suggests that fully vaccinated children may be trading the prevention of certain acute illnesses (chicken pox, pertussis) for more chronic illnesses and neurodevelopmental disorders (NDDs) like ADHD and Autism.”

Past research has also hinted at the connection between vaccines and learning disabilities and neurodevelopmental disorders. Back in 2008, researchers found that thimerosal-containing vaccines were a cause for concern in relationship to these conditions.  The team, which was comprised of scientists from The George Washington University School of Public Health and Health Services’ Department of Epidemiology and Biostatistics, along with The Institute of Chronic Illnesses and The Genetic Centers of America, cautioned that thimerosal should be removed entirely from vaccines.

The researchers stated in the study’s abstract, “Exposures to Hg from TCVs [thimerosal-containing vaccines] were calculated by birth cohort for specific exposure windows from birth-7 months and birth-13 months of age. Poisson regression analysis was used to model the association between the prevalence of outcomes and Hg doses from TCVs. Consistent significantly increased rate ratios were observed for autism, autism spectrum disorders, tics, attention deficit disorder, and emotional disturbances with Hg exposure from TCVs.” The team went on to note that no such increases were observed in their control group.

While the mainstream media purports the myth that vaccines no longer contain thimerosal, the truth is that many vaccines still contain this hazardous ingredient. Not only is it still used as a preservative in many flu shots, it may be present in “thimerosal-reduced vaccines,” and even some allegedly “thimerosal-free” vaccines, provided that the amount of thimerosal lies below the testing threshold, as per the FDA.

The FDA also states, “A vaccine containing 0.01% thimerosal as a preservative contains 50 micrograms of thimerosal per 0.5 mL dose or approximately 25 micrograms of mercury per 0.5 mL dose. For comparison, this is roughly the same amount of elemental mercury contained in a 3 ounce can of tuna fish.” By giving this comparison, the federal agency is trying to evoke a false sense of safety. But as anyone who is concerned about mercury may know, the amount of mercury in a can of tuna is far from being safe, particularly for children — most experts agree that young children are more susceptible to brain damage from mercury as their brains are still developing.

Health Canada reportedly recommends that children under the age of 5 eat no more than a half of can of tuna per week, and here the FDA is saying that injecting your child with two weeks’ worth of mercury in a single shot is just fine and dandy. While older children may be able to consume a can of tuna in a week, one might surmise that injecting a week’s worth of dietary mercury in one go is still not  a “best practice.” [Related: Learn more about the dangers of inoculation at Vaccines.news.] 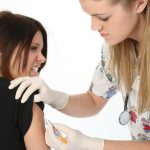